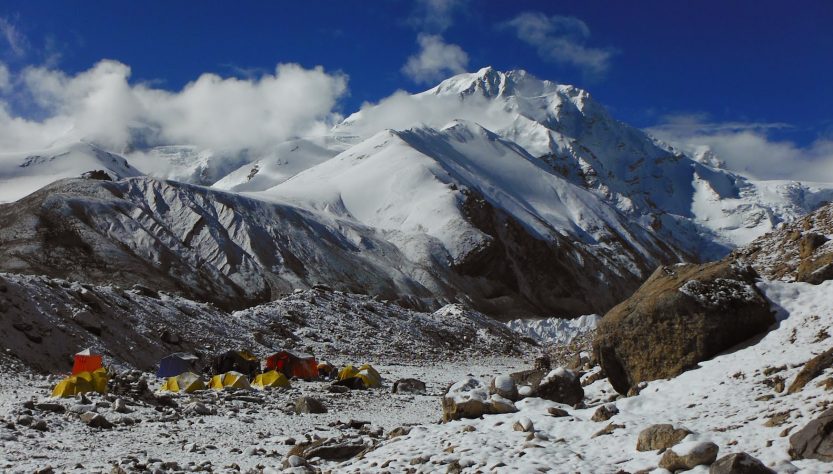 Simrik Air Helicopter is carrying out immediate search & rescue mission starting today for Bulgarian National Boyan Petrov Petrov, who has been declared missing on the territory of Tibetan Autonomous Region, PR China. Petrov is a veteran climber who has summited 10 peaks of more than 8000 m. altitude.

Owing to the fact that the operation can only be implemented by a Nepalese helicopter capable of flying to higher altitude, Simrik Air deployed its helicopters on an immediate basis on a special request of the Embassy of the Republic of Bulgaria.

Simrik Air’s two Helicopters – AS350 B3e of call signs 9N – ALP and 9N – AJZ with 6 crew members along with necessary equipment, flew today from Kathmandu towards Shishapangma Base Camp with the permission of Chinese Government, after completing all the necessary formalities of CAAN.

Boyan Petrov is a veteran climber who has summited 10 peaks of more than 8000 m. altitude and has been missing in the Himalayas for several days. According to the information received, his absence was noticed by the participants in the expedition in the region of Shishapangma peak at less than 7500 m above sea level. The peak is an altitude of 8017 m and is near to the border of Nepal and Tibet (China).

Simrik Air Pilots and Rescue Technicians have outstanding record when it comes to search & rescue and recovery efforts. Its operational crew is ranked amongst the best in the industry with thousands of hours of helicopter flying experience and specialization in long line missions from the USA and Switzerland.

This error message is only visible to WordPress admins